This section provides overview, applications, and principles of optical sensors. Also, please take a look at the list of 2 optical sensor manufacturers and their company rankings.

What Is an Optical Sensor? 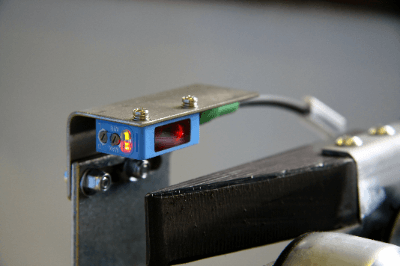 An optical sensor, also called a light-receiving element, is also a semiconductor device. It is one of the auxiliary devices that detects various light properties by converting them into electrical signals and is an accessory device that makes up a machine. The technology of optical sensing is used as a method of sensing light. And there are various types of light sensors for all kinds of situations. A wide range of sensors have been developed, from those that detect whether a light object is within a specified value and pass if it is ON and fail if it is OFF, to types that provide notification and highly sensitive sensors that can detect single photons.

Optical sensor is also used in motion sensors for automatic doors. The sensor's response is fast, so there is no extra time lag. In addition, because they operate by detecting light, they do not require contact with people or objects, and they do not lead to contamination of the objects they detect. Therefore, the sensor can be used with peace of mind. For these reasons, an optical sensor is used in industrial and consumer applications.

Light includes visible light and invisible light, such as ultraviolet and infrared rays. Therefore, when selecting an optical sensor, it is necessary to choose a sensor that is appropriate for the wavelength.

There are two types of light sensors: those using semiconductors such as photodiodes and those using photomultiplier tubes.

In recent years, the automation of devices in our daily lives has been increasing, and the applications of optical sensors are expanding. Typical examples are remote controls for TVs and audio equipment. These remote controls move in response to infrared rays, so optical sensors for infrared rays are used. They are also used in camera autofocus and image sensors. Other light sensors are also used in washbasin faucets, which automatically switch on and off when they detect a person's hand.

Once you step out of your house, light sensors are used everywhere in our daily lives.

Optical sensors are also used to test the sugar content of fruits, and demand is increasing because they can measure sugar content without damaging the fruit. Sugar content can also be measured by applying the principle that the more sugar and acid components dissolved in fruit juice, the greater the refractive index of light.

They have also been applied to astronomy. In the past, astronomical images were recorded on photographic dry plates, but since the 1990s, charge-coupled devices (CCDs) have been adopted.

In this way, the technology of optical sensors is still evolving, not only in one field but also by incorporating additional technologies.

There are many detection methods for optical sensors. The two main types are the transmission type and the retro-reflection type. The transmissive type requires a light-emitting projector and a light-receiving receiver, and reacts when there is an obstruction between them. In the retro-reflective type, the projector and receiver are integrated into a single unit, and the light emitted from the projector is detected when it is interrupted by a reflector bouncing back.

Optical sensors products are available in the following types, which are designed to match the detection target and have features in the optical path.

The light emitting element and the light receiving element are separated in a package, and the distance between the long sensors can be realized to allow any desired setting.

By combining a transmissive photo sensor with an actuator (lever) that rotates, the sensor is shut off by the lever to perform mechanical discrimination.