What Is an Ultrasonic Sensor? 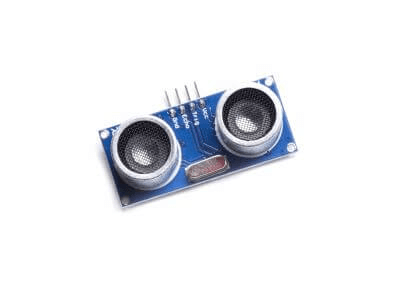 An ultrasonic sensor is a device that uses ultrasonic waves to measure the distance to an object.

Ultrasonic is a general term for sounds that have a high frequency and cannot be heard by humans. The human ear can detect frequencies between 20 Hz and 20,000 Hz, but sounds of higher frequencies are called ultrasonic.

Ultrasonic sensors are widely used in household and industrial applications.

For home use, the advantage of non-contact distance measurement is utilized in such ways as in-vehicle rangefinders and jet towels. In-vehicle distance meters are rapidly becoming popular due to the mandatory use of collision damage reduction brakes.

Industrial applications include level gauges for wastewater tanks and chemical storage tanks. They are often used for highly corrosive liquids.

The speed of sound is determined by the atmosphere in which it propagates, and is estimated to be 340 m/s in air and about 1,500 m/s in water. If the propagating atmosphere is known, the distance can be converted by measuring the time it takes for the reflected wave to reach the receiving element.

Therefore, the piezoelectric element performs both transmitting and receiving functions. It converts the input electrical signal into ultrasonic waves, senses the reflected waves, and outputs an electrical signal.

In principle, the advantages and disadvantages of ultrasonic sensors are as follows.

The most important feature of ultrasonic sensors are that they can measure distances without contact. They are mostly used when non-contact measurement is required.