This section provides overview, applications, and principles of actuators. Also, please take a look at the list of 137 actuator manufacturers and their company rankings.

What Is an Actuator? 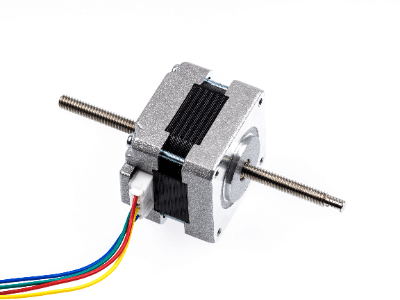 An actuator is a drive device that converts various types of input energy into physical motion.

In addition to electricity, the energy input to an actuator can be pneumatic, hydraulic, electromagnetic, steam, heat, etc. By using the energy converted by an actuator, it is possible to control the movement associated with the movement of objects.

Actuators are used in a wide variety of applications, either as devices for simple motions such as extending, bending, and turning, or to generate power continuously, such as motors and engines.

Depending on the energy input, actuators are generally classified into three main categories

Actuators can be broadly classified into the following principles

Hydraulic actuators use Pascal's principle to generate fluid power, so they can provide large power even though they are small.

Pneumatic actuators use pneumatic pressure as the power source, whereas hydraulic actuators require high loads, high pressure, and heavy equipment, so they are used as a safe method with low loads and little risk of fire.

Other Information on Actuators

1. Distinction Between Hydraulic and Electric Actuators

Therefore, especially in the field of machine tools and construction machinery in factories that require large power densities of 10k(W/kg), hydraulic actuators are the sole domain of these applications, and electric-controlled actuators are not used in this field. However, it is also true that hydraulic energy control is desired to be electrically controlled if possible in this field from the viewpoints of running costs such as oil changes and maintenance, as well as environmental considerations.

One of the recent technological trends is the development of hybrid actuators that combine hydraulic and electric control. Hydraulic control has generally been based on Pascal's principle, but the problems with this type of actuator are that it requires piping equipment for oil circulation to control the flow rate of the servo valve of the working oil, which makes the equipment large, and that the working oil deteriorates due to the rise in exhaust heat temperature of the machine, which requires periodic oil changes and maintenance costs. This also caused high maintenance costs due to the deterioration of the working oil caused by the rise in the machine's exhaust heat temperature.

The latest hybrid actuator with hydraulic and electric control enables final control of actuator output based on the drive speed of the electric servomotor rather than servovalve flow control, eliminating the need for extensive piping, and enabling highly efficient output control to suppress the rise in working oil temperature. This also reduces maintenance costs for oil changes and is suitable for environmental considerations.