What Is a Tantalum Capacitor? 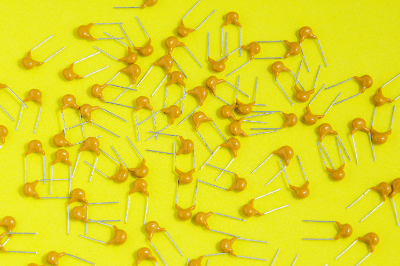 A tantalum capacitor is capacitors that use tantalum pentoxide as the dielectric.

They are smaller and have a longer life than aluminum electrolytic capacitors, and they are resistant to temperature changes and have good frequency characteristics.

However, tantalum is a rare metal and expensive, so the price is high.

Although tantalum capacitor is very convenient, there is a risk of circuit breakage due to short circuit when broken.

Tantalum capacitors are used in a wide range of applications and are incorporated in many circuits of cell phones, PCs, video game consoles, car navigation systems, audio equipment, etc., in quantities ranging from several tens to a hundred units.

They are used as decoupling, coupling, and power smoothing capacitors in these devices.

Tantalum capacitors are also utilized as temporary power supplies for backup because of their large capacitance.

In recent years, miniaturization has been progressing, with products as small as 0.5 mm in height now available.

The principle of tantalum capacitors are almost the same as that of aluminum electrolytic capacitors.

Manganese dioxide or conductive polymers are used as the electrolyte adjacent to the dielectric, and metals such as silver or graphite are used as the cathode for current carrying.

Sintered tantalum has a large surface area and a thin film of tantalum pentoxide as a dielectric, which allows it to efficiently store a charge and increase the capacitance.

While many aluminum electrolytic capacitors require an electrolyte, most tantalum capacitors are formed entirely of solid material, allowing them to be smaller and offer superior characteristics.

In addition, they have the advantage of good temperature stability and long life, but at a higher cost.

They come in a variety of shapes, including axial, radial, and chip.

Electrolytic capacitors have polarity and are vulnerable to reverse voltage, especially tantalum capacitors, which can break and short-circuit.

Most tantalum capacitors failures are caused by localized shorts in the dielectric of the capacitor. When connected to a low-impedance circuit such as a power line, a large current can concentrate at the shorted point and generate heat, leading to ignition.

General measures include not applying reverse voltage in any case and selecting a capacitor with a rated voltage that has a sufficient margin for the voltage applied to the capacitor. In particular, it is desirable to use tantalum capacitors with a voltage rating of at least twice the power supply voltage, or three times the voltage rating if possible, when the capacitor is used in a power circuit.

If the ripple current is large, the heat generated inside the capacitor may cause degradation, so it is also effective to select a larger package that is conducive to heat dissipation.

Tantalum capacitors are polarized, and if the specified polarity is incorrect, a large current will flow, leading to ignition in the worst case.

Tantalum capacitors can be classified into three types based on their construction: chip type, metal case hermetically sealed type, and resin dipped type.

The chip type has a white band printed on the top surface of the black molded case with capacitance and rated voltage, and the electrode on the bottom side of the band is the anode.