What Is a Pyroelectric Infrared Sensor? 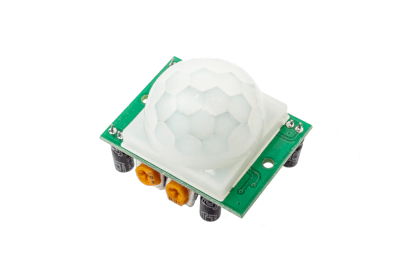 It is a sensor that detects heat generated from the human body or an object as infrared rays and captures the heat source.

The pyroelectric effect is a phenomenon in which polarization occurs inside a solid when heat is applied to ferroelectric material. Silicate minerals and tartaric acid are used as materials.

Pyroelectric infrared sensors have been adopted in many countries and are used as sensors in security alarms and motion detectors.

Pyroelectric infrared sensors are devices that detect infrared radiation from a heated object to detect a person or object that is the source of heat.

Compact, high-performance pyroelectric infrared sensors are widely used in a variety of situations where sensors are required.

There are many examples of the use of these sensors, mainly as intruder alarms for crime prevention and as motion-sensitive illuminators.

In recent years, pyroelectric infrared sensors have also been used in general households to detect people in air conditioning and heating equipment, televisions, and IoT devices.

The pyroelectric effect is a phenomenon in which an electric charge is generated by the polarization of molecules on the surface of a dielectric crystal when it is heated.

However, surface charges cannot respond as immediately as molecular polarization. Charges appear on the surface of the dielectric only as the polarization relaxes.

Since the pyroelectric current is generated when a temperature change occurs, it functions as a sensor when external thermal energy is applied.

Infrared light emitted from an external heat source is focused onto the sensor by an optical lens called a Fresnel lens. Optical filters are also used to avoid the effects of sunlight and illumination.

The output from the sensor is transmitted through an amplifier to increase the signal strength, which is then detected as a waveform.