This section provides overview, applications, and principles of thyristors. Also, please take a look at the list of 14 thyristor manufacturers and their company rankings.

What Is a Thyristor? 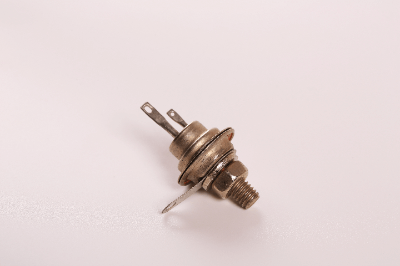 In everyday life, thyristors are used for dimming LED lighting by controlling the current to the LEDs.

However, when a forward voltage is applied to the thyristors and current flows to the gate terminal, a phenomenon called avalanche breakdown occurs, and conduction occurs between the anode and cathode. This is called thyristors arc or turn-on.

After the thyristors turns on, conduction is broken when the current flowing to the anode becomes zero. This is called turn-off or quenching. Thyristors turn-off occurs naturally because the alternating current has periodic moments of zero voltage.

Other Information on Thyristors

Thyristors are used in the power section of devices that control large amounts of power. Specific examples are listed below:

1.Rectifier
Rectification means converting alternating current to direct current. Diodes and thyristors are used for rectifiers, which are critical parts of rectifier circuits. Thyristors rectifiers are smaller and lighter than diode rectifiers but generate noise in the power system due to high frequencies. In recent years, rectifiers with transistors have been developed to suppress harmonics.