This section provides overview, applications, and principles of microwave switches. Also, please take a look at the list of 27 microwave switch manufacturers and their company rankings.

What is a Microswitch? 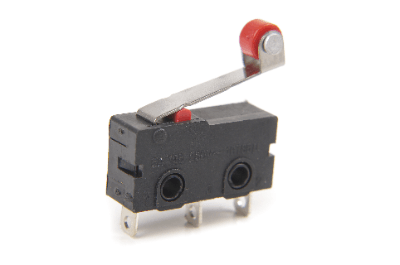 A microswitch is a component that detects the position of an object and outputs a contact.

They are mainly used as switches for detection, but may also be used for operation.

The contact output of a microswitch is incorporated into a control circuit to operate or stop a machine. Microswitch contacts themselves generally have an allowable current of about several amperes. The part that comes in contact with an object has an actuator, which can be a button, roller, or lever type.

Microswitches have a snap-action mechanism and are characterized by their high accuracy in detecting position.

They are used in door interlocks, safety switches for vending machines, microwave ovens, elevators, and industrial equipment. They are also used in sensors that detect the opening and closing of printers and other equipment.

Sizes are classified into four types, from general type to ultra-miniature, and are available in reverse action type for locations subject to severe vibration or shock, magnetic quenching type for applications requiring stable operation of DC circuits, and immersion-proof type for high sealing performance. They have a wide range of applications from industrial equipment to home appliances.

The position of a door or cover is detected by a microswitch. Microswitches with actuators that have a wide range of shapes are used. Micro switches can be installed in limited space.

2. detecting the opening and closing of dishwasher and washing machine doors

The position of the cover or lid is detected by a microswitch. These devices may be exposed to water, so waterproof measures are taken to protect the microswitches.

This is used in a mouse not as a position detection switch but as an operation switch. The microswitch detects mouse clicks and outputs them to the computer.

Other Information on Microswitches

Difference between Microswitches and Limit Switches