What Is a Rare Earth Magnet? 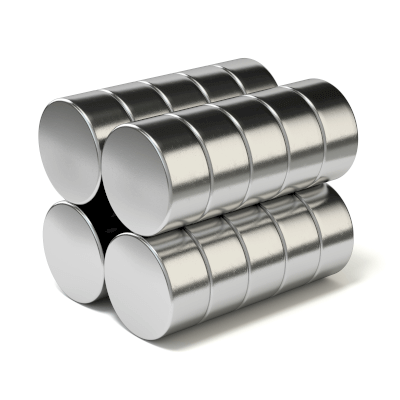 Rare earth magnets are used in many fields because of their small size and large magnetic force. Specifically, they are used in small magnetic sensors, small relays, small speakers, motor magnets, rotor parts, and rotor magnets in watches. In particular, the miniaturization of motors and other power sources has led to the miniaturization of products that use motors (e.g., robot arms). The use of rare earth magnets is expected to further advance in fields where product miniaturization and higher performance are required.

Compared to neodymium magnets, the change (decrease) in magnetic force due to temperature is about 1/4 of that of neodymium magnets. It is suitable for maintaining stability at various temperatures (including high). Since it is a rust-resistant material, no plating or coating is required in normal use. It is a brittle material and care must be taken in its use and handling.

Praseodymium magnets are anisotropic rare earth magnets. It is characterized by high mechanical strength, with tensile strength more than three times that of neodymium magnets. There is no cracking or chipping. Machining is also relatively easy, and drilling and threading are possible.