What Is a Length Measuring Machine? 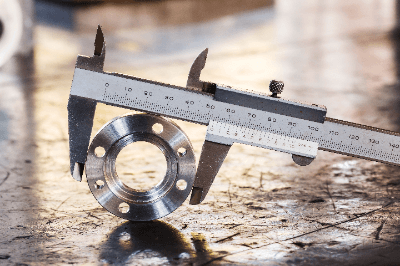 A length measuring machine is, as the name implies, a device for measuring length.

Currently, length is defined by the distance light travels in unit time, based on the speed of light. There are two methods of measuring length: direct and indirect.

In most cases, length can be measured by the direct method, but in the case of long structures or microscopic objects on the order of microns, the indirect method is used because it is difficult to prepare a standard length (scale). The indirect method is also used when the object is complicated in shape, inaccessible, or not allowed to be touched.

Length measuring machines are used in a variety of fields, and the best one should be selected for each application. The types are as follows:

As a handy application, length measurement methods based on image analysis are also being developed, such as the recent development of an application for measuring length from a smartphone camera.

The definition of 1 meter is the length that light travels in a vacuum in 1/299,792,458 of a second. The metric prototype based on this is the standard for length. In principle, the direct method is a comparison to this metric standard.

A measurement principle based on the definition of length is to measure the time of flight (ToF) of light. Since light is very fast, sophisticated electronics technology is required. Many laser-type instruments (ToF) now commonly use a measurement method based on the phase difference between the intensity-modulated incident light and the reflected light.

By definition, this is the behavior of light in a vacuum, so in practice it must be corrected for the refractive index of air. Laser interferometry uses the phenomenon of interference between laser beams.

By analyzing the interference fringes produced when the reflected light from the reference surface interferes with the reflected light from the measurement surface for the same laser irradiation, the distance of the measurement surface from the reference surface can be measured on the nm order. We have exemplified several length measuring instruments, but there are so many methods.

Other Information on Length Measuring Machines

1. How to Use Length Measuring Machines

In a horizontal length measuring machines with a structure that satisfies Abbe's principle, measurement is performed by placing the measurement axis of the specimen and the scale face of the standard scale on the same straight line so that measurement error due to angular deviation from the measurement axis line of the reciprocating table based on non-straightness of the bed can be ignored.

The two known measurement methods for length measuring machines are the "triangulation method" and the "time of flight (ToF) method."

Triangulation Method
This is a measurement method that uses the principle of triangulation based on reflected light, and consists of a light emitter and a light receiver. A semiconductor laser is used as the light emitter. In the measurement method, a laser beam focused from the semiconductor laser through a projection lens is irradiated onto the specimen. A portion of the diffuse reflection of the laser light irradiated on the specimen forms a spot image on the photosensor through the light-receiving lens. By detecting and calculating the position of the imaged spot, the amount of displacement to the specimen can be measured.

Time of Flight (ToF)
This method measures the distance by measuring the time it takes for the irradiated light to reflect off the specimen and be received by the light-receiving part. There are two known methods: the "phase difference distance method", which uses the phase difference between the wavelength of the emitted light and the wavelength of the received light, and the "pulse propagation method", which emits a laser beam with a fixed pulse width.