This section provides overview, applications, and principles of ccd cameras. Also, please take a look at the list of 17 ccd camera manufacturers and their company rankings.

What Is a CCD Camera? 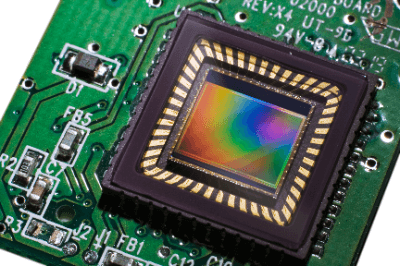 A CCD camera is a camera that uses a CCD as its image sensor. CCD is an acronym for "Charge Coupled Device."

In recent years, technological innovations have replaced them with CMOS sensors, which are superior in terms of performance and cost. However, CCD cameras are still in use in some research applications, and some hobbyists prefer them because they tend to produce stronger contrast in photographs than CMOS.

CCD sensors are used in some compact digital cameras, but the development of CCD sensors for general use is almost complete. It is highly likely that they will be replaced by CMOS sensors in the future.

However, they are often useful in research applications. For example, they are used in combination with microscopes to image biomolecules. The CCD is characterized by its high sensitivity.

A CCD camera uses a lens or other optical system to form an image on a CCD sensor consisting of an array of photodiodes (CCD elements).

When a photon strikes a light-receiving CCD element, the photoelectric effect generates electrons, and the CCD element stores an electric charge. The charge accumulated in each is transferred to the CCD, and the current is amplified. The amplified current is calculated by the CCD camera's control board and converted into image data.

In EMCCD, a voltage is applied to the transferred charge before it is sent to the amplifier to double the number of electrons. This is done using a phenomenon called collisional ionization. The electron-doubling EMCCD can also detect single photons and can measure the number of photons.

However, charge transfer does not take place until enough charge is accumulated in all the CCDs in a row. This is the rate-limiting factor in the transfer rate.

2. Applications of CCD Cameras (by type)

Other Information on CDD Cameras

A CCD sensor extracts charge from electrodes to the outside like a bucket relay, whereas a C-MOS sensor has a photodiode in each pixel and reads signals directly from the pixel while switching at high speed with a semiconductor switch. The difference is as follows.

Thus, CCD is superior in terms of image quality, while C-MOS is less expensive.