This section provides overview, applications, and principles of cable ties. Also, please take a look at the list of 64 cable tie manufacturers and their company rankings.

What Is a Cable Tie? 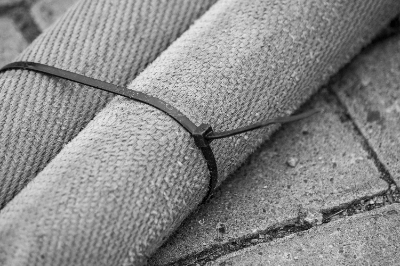 A bundling band is a band made of plastic used to bundle and organize multiple cables, tubes, etc. They are designed so that they cannot come off once they are tied, but some can be re-bundled.

Bundling bands have several names. For example, there are bundling ties, cable ties, and wiring bands. Other words include interlock and interlock tie, but these are registered trademarks of Helaman Tighten, so they do not apply to other manufacturers.

Uses of a Cable Tie

To use, wrap around the perimeter of the object to be bundled and pass the tail part through the head part. When it is threaded until it clicks, the serration, or jagged edge, catches on the claw in the head section and prevents it from coming off. Because they are so strong, they cannot be cut with bare hands and must be cut with nippers or similar tools.

How to Choose a Cable Tie

Another important factor in the selection of bundling bands is the material they are made of. Different materials can greatly change strength, heat resistance, and chemical resistance. The material of the cable ties should be considered according to the equipment, location, and environment in which they are to be used. In addition, colored ties may be used for identification purposes so that the connection point of an electric wire or hose can be easily determined.

In recent years, we have seen Velcro tape types that are easy to attach and detach. This type cannot be used where large loads or vibrations are applied. However, when used for light-load binding, Velcro ties can be considered a type to choose from because they can be removed and reattached many times and are easy to adjust.